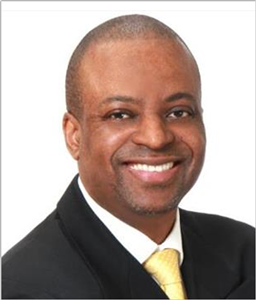 Anthony Atkinson believes your interests come first. He's experienced, energetic, and committed to your success. For most people the purchase of a home represents much more than a good financial investment. Buying a home is the realization of a dream - a dream tied to a vision of the future that is filled with optimism and joy. Also, selling your home require a true professional that is committed to get you the best value for your home.


Anthony started is career in the residential real estate business working part time in 1993 with All Nations Realty marketing Florida properties and homes. He received the top salesperson of the month award within the first month of joining the company. After a few years of top performance in selling and completing several sales management training and courses Anthony became a manager at the company. He has dealt with young and senior clients in many real estate transactions and has been responsible for overseeing the efforts of many sales associates in the sale of residential properties and homes. . In 1994 he relocated to Long Island and became a full time real estate associate with Trevjon Realty in Uniondale. In 1998 he successfully formed Quality Homes Realty in Baldwin on one guiding principle, "Quality Service is the Difference".

In 2002 he joined the newly formed Weichert, Realtors® franchise system and the office became known as Weichert, Realtors® - Quality Homes. Since 1969, Weichert, Realtors® has grown from a single office into one of the nation's leading providers of homeownership services by putting our customers first. Few years after joining he received the Founders Club Award from Weichert Real Estate Affiliates.


From the day he first became a Realtors®, he built is business around helping people achieve their visions of the future smoothly and with as little stress as possible. You will see that reflected in the many genuinely helpful services he have developed and in the very attentive way he and is Weichert Sales Associates will work with you. Keep in mind, too, that Weichert, Realtors® - Quality Homes is a true "full service" real estate company. That means he will be there to guide you through the entire process, from mortgage pre-approval to the details of moving in.


In 2006 Anthony was presented with the prestigious NAACP Fair Housing Award presented by the President of the Freeport Roosevelt Branch, in recognition of his dedicated service as a Real Estate Agent in the community. In 2015 Anthony was also a recipient of the MLSLI Tasso Award for quality contribution made on behalf of the Service.


Anthony has served on many Multiple Listing Service of Long Island (MLS) and Long Island Board of Realtors (LIBOR) committees. Anthony has served on the MLS Executive Committee since 2009. He also held the position of President of the Multiple Listing Service of Long Island Inc. (MLSLI) in 2014, which governed more than 2400 real estate offices across Long Island and Queens. He served as the MLSLI Treasurer and the Chair for the Budget and Finance Committee in 2011, the Vice President for Nassau in 2010 and the 2009 Secretary. Anthony currently serves as the MLSLI Director.


In addition Anthony has served on the Advertising, Marketing and Promotion Committee, Nominating and the Strategic Planning Committees, Field Issues Task Force. He also serves as the Co-Chair for LIBOR’s Professional Standards Committee and currently served as Chair for many Professional Standards Ethics and Arbitration hearings. He also chaired the Executive Nominating Committee. He has also been the Co-Chair of the Fair Housing and Cultural Diversity Committee and Treasurer of the Nassau South Shore Chapter. Anthony currently served on the MLSLI Budget and Finance Committee.


On the New York state level Anthony has served as a NYSAR Director and a member of the Article 12A Working Group, Professional Standards, MLS and the Fair Housing and Cultural Diversity Committees. In addition Anthony holds the CRS, CRB, SRES, SFR, GRI and ABR professional designations. Anthony resides in Nassau County. He remains thankful to all his clients, family and friends for their continued support over the many years.

You may be wondering how to get
the most money for your house.